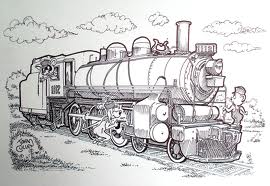 I can sing BUT I don't know how I do it

A guy in a small rural village says "I can sing BUT I don't know how I do it" - Other person from same village says " Its God's gift" - Is this correct?

I asked myself. I was curious to know the answer. I requested the singer guy to give me some of his time. He Immediately obliged in a humble way. I thanked him.

First of all I appreciated him for his singing skills and told him to sing few of my favourite songs, he was brilliant and a bundle of talent.

Suddenly I realized what my focus was because I had bought time of this singer guys and I had to complete my task.

He said,
he had lot of interest from childhood in singing,
he used to listen to songs on radio whenever he used to get time
he used to sing, sing and sing because it made him feel happy and make others happy
he was interested in singing different types of songs
he also made a tool out of wood and strings that was similar to a string instrument called 'violin' and was good at playing it
Based on the type of mood, weather and occasions he used to sing different songs
he was a fast learner, because he said he can sing a song once he listens once or twice on radio
he even had a chorus kind of group who used to sing with him during festivals in village

wow, I was just amazed to listen to him and also satisfied that I got the information that made me curious and answered my question...

You might be wondering why I am writing this experience in a testing blog...you will know that soon